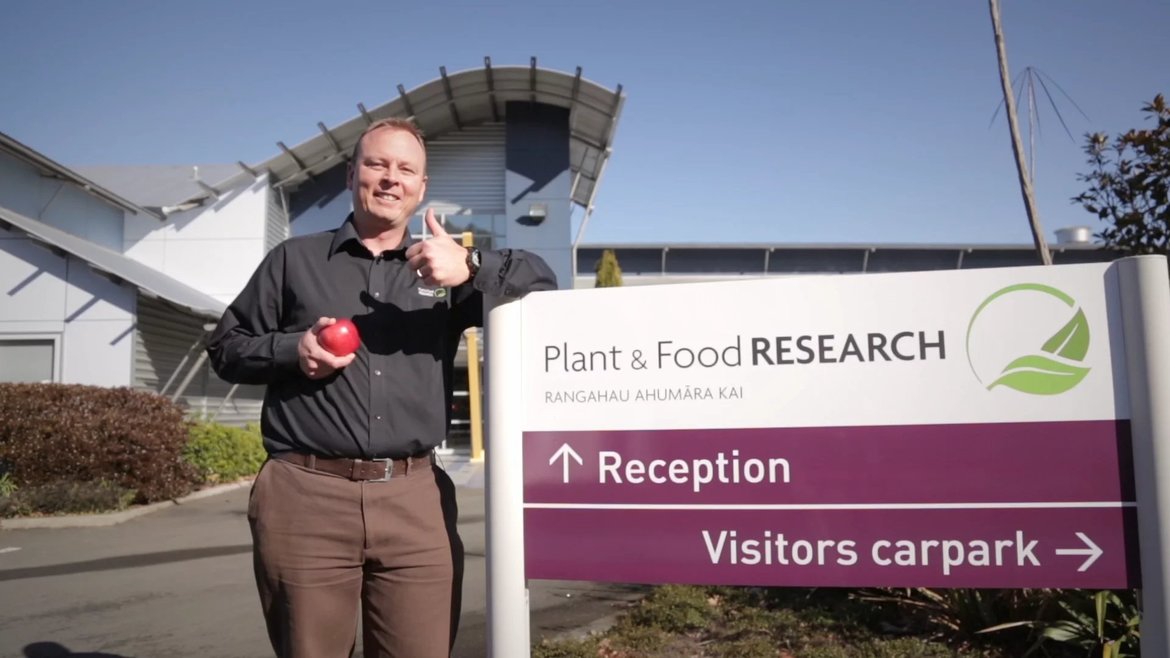 Scientists at Plant and Food Research's Hawke's Bay HQ will stop at nothing to grow the perfect apple. Dr Jason Johnston discusses the science that goes into producing Kiwi apples that look, taste and travel the globe well.

They say the apple doesn't fall far from the tree, and that's certainly the case for Dr Jason Johnston.

Growing up, home for the Plant and Food Research’s science group leader - post harvest fresh foods was a market garden in the Bay of Plenty.

"I always thought I'd end up back on the farm but then I went to Massey and discovered I enjoyed the science behind helping New Zealand growers get a bigger slice of the international pie," Dr Johnston says.

He has spent the past decade focusing mainly on pipfruit research and his team covers four key areas – appearance, taste, resilience and shelf life for a range of fruit and vegetable crops.

"Appearance is pretty important because customers want an apple that looks good, that isn't diseased or been attacked by pests. It gives the product a visual 'presence' on the shelf which is important for making it stand out from the other products on offer. New Zealand’s climate and production practice provide a competitive advantage in this respect, as many countries around the world struggle to match the intensity of skin redness that Kiwi growers can consistently achieve."

When it comes to taste, the team focuses on elements such as how crisp and juicy the apple is, and how intense the flavour profile is.

"Most consumers have a strong preference for apples that are crisp and juicy, and have a strong dislike for those that are soft and dry. Breeding new varieties with good texture is an important part of meeting consumer preferences, but there's also a need for tools that growers and exporters can use to consistently deliver a 'loud crunch' for consumers of Kiwi apples."

Resilience is particularly important because of the long distances Kiwi apples have to travel to get to market.

"We need to ensure that apples are able to be transported well, so that they look and taste good when they arrive, particularly the need to deliver fruit that’s free from unsightly bruises and browning. New tools are currently being developed that growers and exporters can use to identify fruit with these problems before they're shipped to market so that corrective actions can be put in place."

And, of course, apples have to have a good shelf life, holding up until the customer gets them home.

"With lots of our apples now going into Asia, they might end up in wet markets rather than in supermarkets. So whereas you might have an 18 to 20 degree temperature in a supermarket, or eight degrees if they're refrigerated, in a wet market the temperature can be up to 30 degrees. We need to ensure that the resilience and shelf life of our apples is good enough to withstand those different situations."

There is, he adds, enormous potential for development.

"Customers always want something that's new and different so we're focused on how we can deliver apple and pears that, for example, have different skin or flesh colours or that taste different."

"We call it a fusion of East and West, because it combines characteristics from European, Japanese and Chinese pears. It's bright red and has exceptional storage and shelf life with the same ready-to-eat convenience of apples." 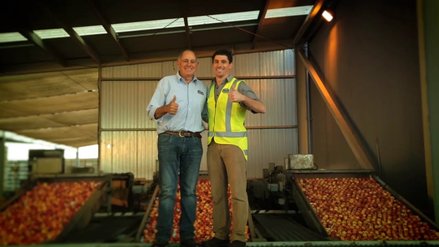