Grown in nature’s balance Bug off 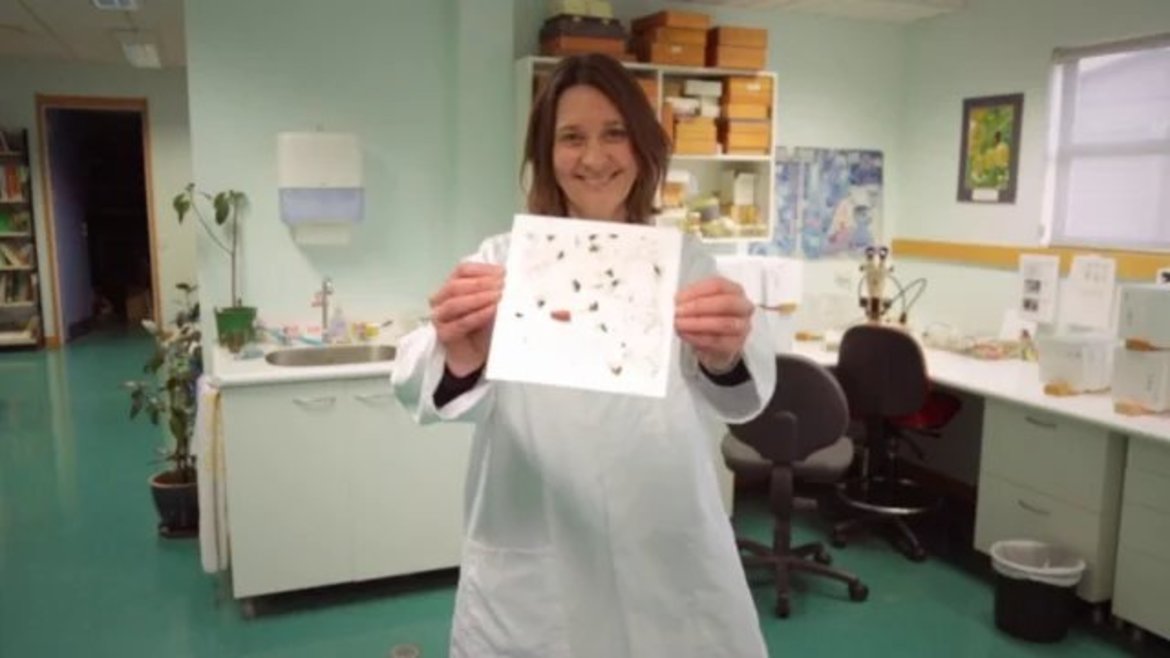 Heard the one about the orchard which uses sex drive to produce great apples?

Nicola is part of the team at the Crown Research Institute's HQ that has developed a range of "novel and integrated" production systems to meet overseas customers' demands for pest-free pipfruit.

"Consumers demand high quality safe apples from environmentally and socially responsible growers. We've had to be pretty clever about coming up with biological interventions that deliver a premium product that's pest free."

One of those inventions involves tapping into the sex drive of the codling moth, a common pest in New Zealand orchards.

Explains Nicola: "Scientists in the US identified the pheromone or chemical that the female codling moth emits to attract males to have sex with her. At Plant & Food Research, in conjunction with Japanese company Shin-Etsu, we've developed a way to dispense the pheromone in the New Zealand context via a simple twist-tie on apple trees which forms an invisible cloud that sits over the orchard. Effectively, the male codling moth gets confused by the cloud and can't find females to mate with."

Prevented from mating, female codling moths are then unable to lay their eggs which means an absence of pesky caterpillars to munch on apples. It's a technique called mating disruption, she says.

And now Plant & Food Research have extended this technique with the development of the pheromone product ISOMATE® 4Play to target multiple caterpillar species at once.

"It means that orchard managers don't need to spray their trees the way they used to. Or, if they do, they can do so at specific times, such as spring, and even then with specific pest-targeted, and environmentally sustainable controls."

The end result is the safest fruit in the world which aligns with not only the strict international requirements of all 65 export markets but the even stricter private standards of the retailers.

No single natural method is 100% effective in combating insect risk, so Plant & Food Research scientists and technicians have developed, and continue to develop, a raft of natural and biological interventions, including packhouse apple washers – an integrated system of control from the orchard to the packed carton of apples.

Another intervention is the importation of the Mastrus wasp from Kazakhstan. This small wasp lays its eggs on the outside of the codling moth caterpillar, eventually killing it and removing a major pest from the orchard environment.

Plant & Food worked closely with the Environmental Protection Authority (EPA) to ensure that the Mastrus wasp was compatible with the rest of New Zealand's ecosystem.

"Our aim is to use a range of biological controls to support a sustainable ecosystem," Nicola says.

But there's no resting on their laurels for these Havelock North scientists. They're currently excited about the possible uses of sterile male codling moths.

"We've released thousands of these sterile male moths which then overwhelm the fertile wild female moths. We're really looking to prevent them from breeding in our pipfruit orchards."

Consumers around the world can rest assured that New Zealand apples will always be grown using the most environmentally sustainable practices possible.

We are committed to using the world’s best innovation to grow the best apples in the very best way.