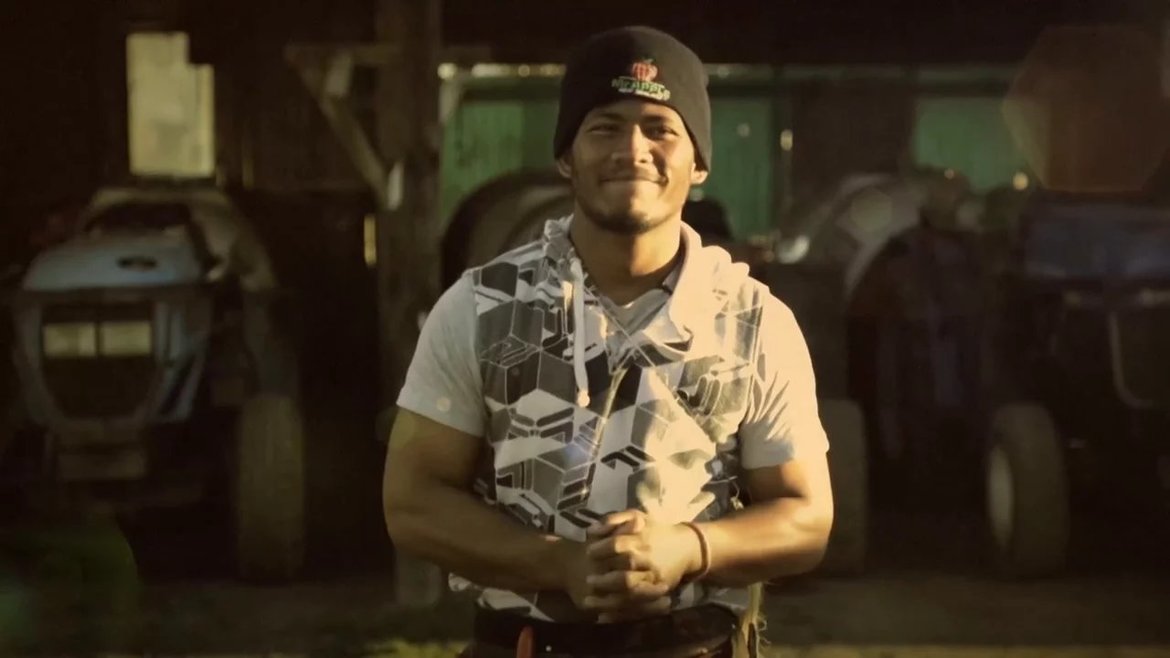 Picking apples has transformed the lives of Samoan man Ausage Simiti Puna and his family. Within three years he’s gone from eking a living from the sea to business owner, able to support his mother and four siblings - including a disabled younger brother.

For years Ausage Simiti Puna and his family lived hand to mouth.

The 24-year-old Samoan was just 14 when his father died leaving the young man the main provider for his mother and four siblings - including a disabled younger brother.

“My brother is 12 and he’s handicapped. He’s like a baby, he can’t take the food and eat, can’t do anything for himself. Someone has to look after him every day. It’s very hard.”

With this massive burden to carry on his young shoulders, Ausage became a fisherman. Day after day he would head out in his canoe to catch fish and dive for tuitui (kina) for his family to eat and to sell in his village. A confident and strong fisherman, Ausage was able to eke out a living through his fishing, bringing home about $300 tala a week.

But when the prospects of earning even more and getting ahead were offered to him in exchange for spending about seven months picking apples and pruning grapevines in New Zealand, it was too good to pass up.

With his strong work ethic, Ausage picks six or seven bins of apples a day; about two tonnes, earning him about NZD$200 a day - almost $400 tala.

During busy periods he works nine days in a row to get the apples off the trees at their best. That means some weeks Ausage makes about $1,400 - more than $1,000 tala a week.

“There’s better money here than my fishing. I didn’t know anything about New Zealand or about apple growing before I came. It’s all new, a new life.”

He’s doing it for his family, who he misses dearly while he’s away - them and the fish he used to eat everyday.

Living and working in central Hawkes Bay, fish is on the menu about once a week for Ausage and the 94 Samoan and Solomon Island workers he lives with. He’s one of the best cooks in his group of 12, and his favourite meal to make is chicken curry with rice.

The group takes the orchard’s van once a week to pick up groceries in Hastings and with so many RSE residing in Hawkes Bay, an industry has popped up catering to Pacific Island diets. They buy taro by the sackful, although they’ve seen the price rise from about 90c to between $2 to $3 per kilo in the past few years.

Ausage lives onsite at Te Papa Orchard, sharing the living quarters with about 50 from the Solomon Islands and 43 other Samoans. The highlight of every summer evening is an international sporting fixture between teams from each country. Whoever gets off the orchard first dictates the evening’s sport: if it’s the Samoans they play touch rugby; if it’s the Solomon Islanders, it’s soccer.

Ausage is a top level rugby player. He played for Samoa’s under 20 rugby team and now plays for a club in Waipawa. That means rugby training every Tuesday and Thursday night, and games on Saturdays if it’s not a picking day.

Ausage has worked in New Zealand for three seasons and in those years he’s improved his family’s lives beyond measure. Now he’s also planning to invest in building a business back home.

Returning to Samoa after his first picking season he built his family a new home, and bought a new canoe and a washing machine.

Following year two he finished his family’s house, bought a new lounge suite and furniture and a lawnmower. He started a business mowing lawns around his neighbourhood, and realised the potential to grow his local lawn round into a sustainable business that could support his family.

This year his mother wants a new house - bigger and better, and Ausage plans to buy four more lawnmowers. Then he can get more people working for him helping to provide for his family throughout the year.

“I’m very grateful for this opportunity. And so is my family.” 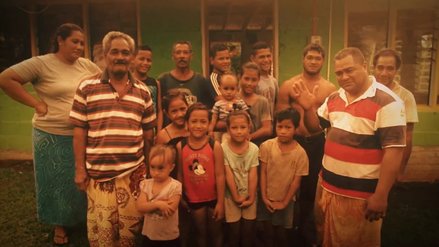 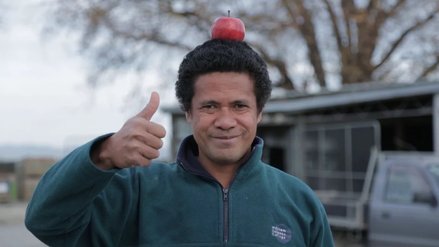 The church that apples built